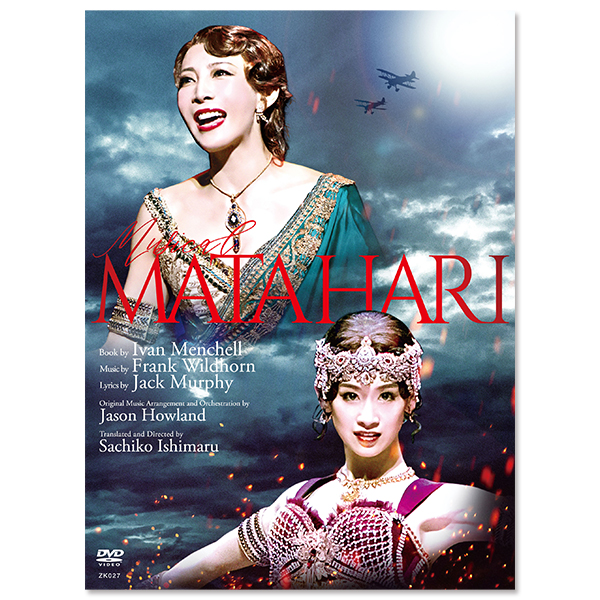 ¥13,200
Points: 1 %
Item number：90028110
Item Delivery Guide
A story of the love and tragedy of a woman who has made a name for himself in history.
Complete recording of each W cast!

[STORY]
1917, Europe in the dark clouds of World War I. There was a dancer who caught the hearts of Parisians with their oriental charm and powerful and beautiful dance. The name is Mata Hari. Her popularity spread throughout Europe, giving her the freedom to work across borders even during the war. Colonel Ladu of the French Intelligence Agency, who noticed the rare existence, demands that she become a French spy. If you refuse, you'll bet your life and uncover the secrets you've hidden, yes, alluding to ... Mata is frightened for fear of returning to her past.
Around the same time, she meets her destined lover from a coincidence. Reconnaissance pilot Armand shakes her lonely heart, and they both look at the beautiful dawn of Paris and talk about life. On the other hand, Laddu's relentless demands continued, and Mata decided to serve as a spy only once. In the prayer of Anna, the costume clerk who has been taking care of her, she travels to Berlin on a performance trip and successfully carries out her mission at the home of German officer Von Bishing. However, the plot had already gone beyond Mata Hari's imagination and was about to distort her fate when she awakened to her love for Armand ...

* Bands, bookmarks, stickers, leaflets, etc. attached to magazines, books, music works, video works, etc. are "promotional items" that are not included in the product, so even if they are the same product depending on the time of order or arrival. It may not be included. (When ordering, we cannot confirm or specify the presence or absence of accessories.)
Please note that we cannot accept exchanges, returns, or refunds due to the presence or absence of these accessories, damage, stains, or other defects.