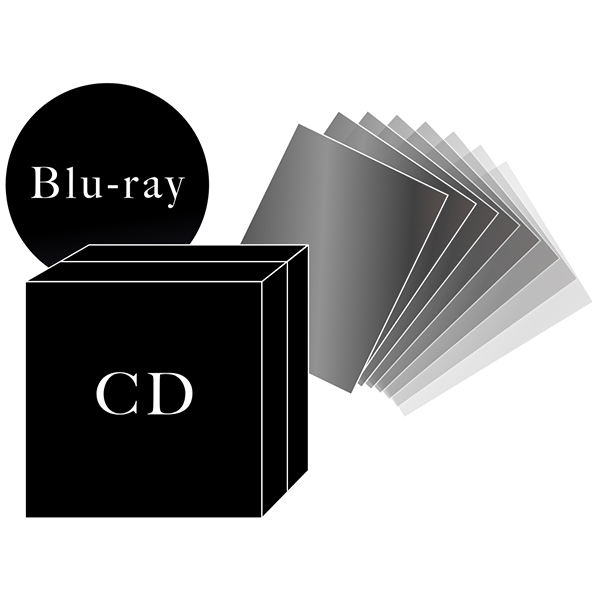 ¥14,300
Shipped by March 24, 2023
Points: 1 %
Item number：90033266
★ Completely made-to-order production for a limited time ★
*This product will be shipped by March 24, 2023.
* "GMO payment after delivery" cannot be used for the purchase of this product. In addition, we cannot accept cancellation after the order is completed. Please be careful.
*Orders for customers who choose to pay by credit card will be processed in order.
*Please be sure to check the information in [Product Delivery] below before applying.
Item Delivery Guide
First concept album "THE OTHER ONE" released!

Last year, after the 10th anniversary year, many BABYMETAL LEGENDs were sealed. And from April 2022, the plan to restore the petrified BABYMETAL "THE OTHER ONE" will start in the virtual world "METALVERSE". This work will be an album based on the concept of another story of BABYMETAL that we did not know. In the restoration plan "THE OTHER ONE", 10 parallel worlds that exist beyond time and space that were sealed in "THE OTHER ONE - BLACK BOX" are revealed, and 10 songs that match the theme of each world. has been restored.
The contents of all 10 songs (all new songs and newly recorded) that no one knows yet will be clear in this concept album.

The product lineup will be released as a general commercial edition: 1) Complete production limited edition (analog size special package specification + restoration puzzle), 2) Regular edition (only for the first production with clear case and clear booklet specification), 3) Analog edition (clear jacket)・3 types of clear vinyl specifications). ④ A!SMART limited edition "BLACK ALBUM" (black case specification), which will be released only at the artist online shop A!SMART, and ⑤ THE OTHER ONE limited edition "CLEAR BOX" (special package Specification + Blu-ray + photo card) release of all 5 forms has been decided. Also, as an early reservation privilege, those who have booked ④ will be able to pre-order ticket CDs for the performances of "BABYMETAL RETURNS - THE OTHER ONE -" which will be held on Saturday, January 28 and Sunday, January 29, 2023. The BLACK CODE that can be applied for, and the CLEAR CODE that only the FOX GOD knows benefits will be given to those who have made reservations for ①, ②, and ③.

*Bands, bookmarks, pasted stickers, flyers, etc. attached to magazines, books, music works, video works, etc. are "promotional items" that are not included in the product. It may not be included. (When ordering, we cannot confirm or specify the presence or absence of accessories)
Please note that we cannot accept exchanges, returns, or refunds due to the presence or absence of these accessories, damage, stains, or other defects.

Please be sure to read it

* You can purchase up to "1 point" per person.
*Click the "Add to Cart" button to move to the authentication screen.
Enter the A!-ID (e-mail address) and password you registered when setting up your "THE OTHER ONE - DIGITAL GALLERY" account, and the product will be added to your cart.
Products other than members-only products can also be purchased at the same time.

▼Be sure to read before applying▼
* We cannot accept any changes to the contents of the order after the order is confirmed, or cancellation due to customer's convenience.
*THE OTHER ONE limited edition is not eligible for early reservation benefits and A!SMART benefits.