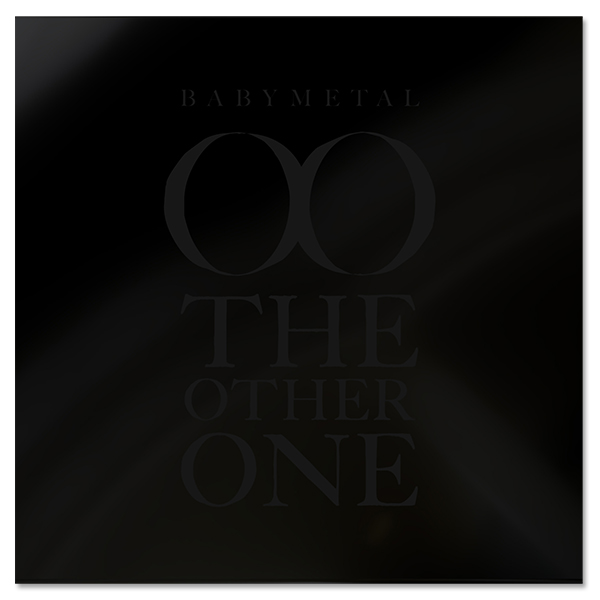 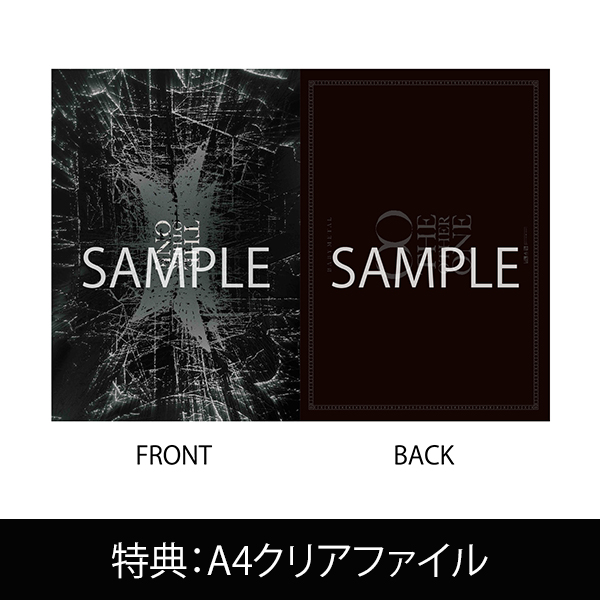 "THE OTHER ONE" (A!SMART Limited Edition "BLACK ALBUM")

¥3,300
Shipped by March 24, 2023
Points: 1 %
Item number：90033265
*This product will be shipped by March 24, 2023.
*If you apply with other products all the products will be shipped together once the product with the latest shipping date is in stock.
* "GMO payment after delivery" cannot be used for the purchase of this product. In addition, we cannot accept cancellation after the order is completed. Please be careful.
*Orders for customers who choose to pay by credit card will be processed in order.
Item Delivery Guide
First concept album "THE OTHER ONE" released!

Last year, after the 10th anniversary year, many BABYMETAL LEGENDs were sealed. And from April 2022, the plan to restore the petrified BABYMETAL "THE OTHER ONE" will start in the virtual world "METALVERSE". This work will be an album based on the concept of another story of BABYMETAL that we did not know. In the restoration plan "THE OTHER ONE", 10 parallel worlds that exist beyond time and space that were sealed in "THE OTHER ONE - BLACK BOX" are revealed, and 10 songs that match the theme of each world. has been restored.
The contents of all 10 songs (all new songs and newly recorded) that no one knows yet will be clear in this concept album.

The product lineup will be released as a general commercial edition: 1) Complete production limited edition (analog size special package specification + restoration puzzle), 2) Regular edition (only for the first production with clear case and clear booklet specification), 3) Analog edition (clear jacket)・3 types of clear vinyl specifications). ④ A!SMART limited edition "BLACK ALBUM" (black case specification), which will be released only at the artist online shop A!SMART, and ⑤ THE OTHER ONE limited edition "CLEAR BOX" (special package Specification + Blu-ray + photo card) release of all 5 forms has been decided. Also, as an early reservation privilege, those who have reserved ④ will be able to pre-order ticket CDs for the performances of "BABYMETAL RETURNS - THE OTHER ONE -" to be held on Saturday, January 28 and Sunday, January 29, 2023. For those who have booked BLACK CODE ①, ②, or ③, you will receive a ticket CD for "BABYMETAL BEGINS - THE OTHER ONE -" which will be held on April 1st (Sat) and April 2nd (Sun). You will receive a CLEAR CODE that can be applied for advance reservation and an A4 cardboard mini poster.

▼METAL KINGDOM (THRONE)
An anthem that will open up a new era that will inspire you and give you the strength to step on an unknown path with a friend you trust. A fanfare heralding the beginning, rising from the throne of silence and resounding throughout the world.

▼ Divine Attack – God attack – (CAVALRY)
The time has come.
The time has finally come. Where will BABYMETAL, who have traveled down an uncharted road, go next? A song full of sprinting feeling like a cavalry rushing towards the future towards the battle.

▼Mirror Mirror (MIRROR)
Mirror mirror. A song that embodies a parallel world that goes back and forth between the world in the mirror and the real world. Is what you see in the mirror what you really are, or what you want to be?

▼MAYA (ILLUSION)
Reality is an illusion. The truth is a hoax. The feeling of being lost in between the real world and the virtual world. It can be magic, it can be an illusion.

▼Time Wave (TRANSITION)
The concept of time is like an endless Mobius strip. Past, future and present, you can ride the waves of time and go anywhere. Is the METALVERSE beyond time a maze you've gotten lost in, or a destination you should reach?

▼Believing (INVERTED MIRROR REFLECTION)
Even if the seasons change, even if time passes, things that don't change and things that change. Two faces, two opposing worlds, illuminated by the light reflected in the mirror. Someone else's words, my own words, who do you believe?

▼METALIZM (SMOKE)
A metalian knight who appears in the thick smoke. A song characterized by tribal rhythms and bewitching phrases in a fable-like story.

▼Monochrome
What color did children see the monochrome fireworks that shot up into the night sky? I hope the day will come when it will be wrapped in color.

▼THE LEGEND (COFFIN)
With the concept album “THE OTHER ONE” coming to an end, BABYMETAL headed for the next stage with the flag of LEGEND. A song that is both the end and the beginning of the journey of METALVERSE that transcends time and space through THE OTHER ONE.

*Bands, bookmarks, pasted stickers, flyers, etc. attached to magazines, books, music works, video works, etc. are "promotional items" that are not included in the product. It may not be included. (When ordering, we cannot confirm or specify the presence or absence of accessories)
Please note that we cannot accept exchanges, returns, or refunds due to the presence or absence of these accessories, damage, stains, or other defects.

Grant period has ended
[Early reservation privilege "BLACK CODE"]
How to use: You can apply for advance ticket CD reservations for "BABYMETAL RETURNS - THE OTHER ONE -" performances on January 28 (Sat) and January 29 (Sun), 2023.


Early reservation benefits for those who reserve the A!SMART limited edition "BLACK ALBUM" within the target period from 12:00 on October 11, 2022 (Tuesday) to 23:59 on November 6, 2022 (Sunday) We will give you a BLACK CODE.
From November 1, 2022 (Tuesday), the BLACK CODE will be displayed on your My Page along with the live ticket application URL.

【Notes】
* One early reservation privilege will be given for each CD purchased.
*Each benefit will end as soon as it is gone. Please make your reservation as soon as possible.
*We cannot accept cancellations or refunds after product reservations or purchases. Please note.
* We cannot accept any BLACK CODE grants after the target period ends. Also, BLACK CODE cannot be used after the ticket lottery period, so please be sure to use it within the ticket lottery period and usage period.

From October 11, 2022 (Tuesday) 12:00 to February 6, 2023 (Monday) 23:59, 4 forms of "THE OTHER ONE" (complete production limited edition / regular edition) will be available at the target CD shops.・For those who pre-order either the analog board or A!SMART limited edition "BLACK ALBUM" within the target period, an A4 cardboard mini poster (1 out of 2 types will be given at random) as an early reservation privilege. present the

* Customers who make a reservation within the target period will receive both a BLACK CODE or CLEAR CODE and an A4 cardboard mini poster (one of two types will be given at random) as an early reservation privilege.

*Benefits will be given for each item.
* The number of benefits is limited, so it will end as soon as it runs out. note that.

* Bonus will be attached according to the number of products.
* *Please note that there is a limited quantity of perks, and they will only be available while supplies last.