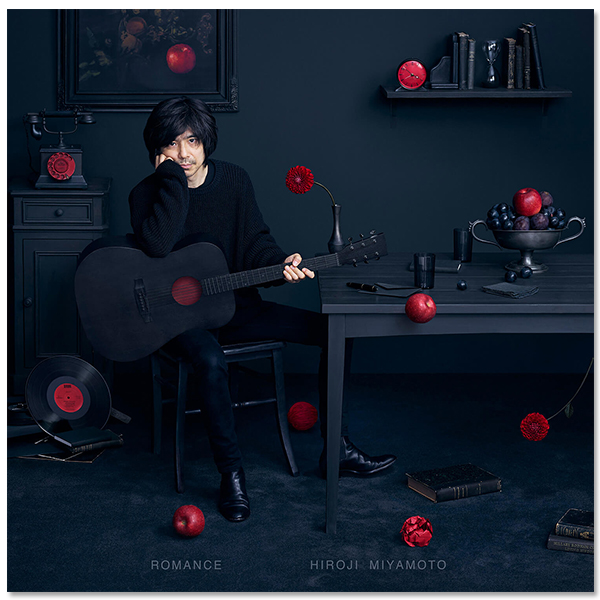 Spring 2020
Due to the spread of the new coronavirus, the national tour "Miyamoto, Doppo.", Which was the place to show off the first solo album, was canceled unfortunately.
Furthermore, while a state of emergency was announced and he was forced to refrain from living, Hiroji Miyamoto continued to sing at his own workshop.
Even before his debut as THE ELEPHANT KASHIMASHI, he plays a song that was familiar to the boy who loves singing, Hiroji Miyamoto.
I imposed myself to cover one song a day.
While immersing himself in the work, Miyamoto sang while sometimes crying because he loved the power of the original song and the main characters who appeared in the song.
After the state of emergency was declared, Miyamoto visited the trusted producer Takeshi Kobayashi with a dozen songs carefully selected from the recorded narration sound sources.
In response to this, Kobayashi completed the arrangement for almost one album in just a few days, and it became a collaboration between Miyamoto and Kobayashi heading for the song, with an extremely pure and dedicated will.
In addition, we asked Mr. Koichi Tsutaya, a music producer who trusts us, to arrange "Red Sweet Pea", which Miyamoto professes to be his favorite song.
In this way, the cover album "ROMANCE" took shape after careful selection and study with people who trusted it.
The original songs included are all songs sung by women.
From the songs that Miyamoto, who was a listener, was familiar with, to the songs that he met this time, all of them are songs that Miyamoto loves.
This cover album, in which each song is sung while paying the utmost respect to the original song, maximizes the power and charm of Hiroji Miyamoto as a singer, arranged by the producers. , Coupled with the performance of MUSICIANS, it is a work that can be called the highest peak of the cover album.
Of course, this is Miyamoto's first cover album.
The first solo album "Miyamoto, Doppo." Released in March this year was full of things that I couldn't do or couldn't do in my activities as a band for more than 30 years, but in that sense, this work is also It is on the extension line.
Hiroji Miyamoto, a "cover album" that challenges you as a singer
It is the first challenge for a career of more than 30 years, and it is a monument.
A bonus CD is included with the first limited edition. Contains songs selected from more than 20 singing demos that Miyamoto had recorded during the so-called state of emergency.

* Bonus will be attached according to the number of products.
* The benefits are for all forms (First Press Limited Edition / Regular Edition).
* *Please note that there is a limited quantity of perks, and they will only be available while supplies last.