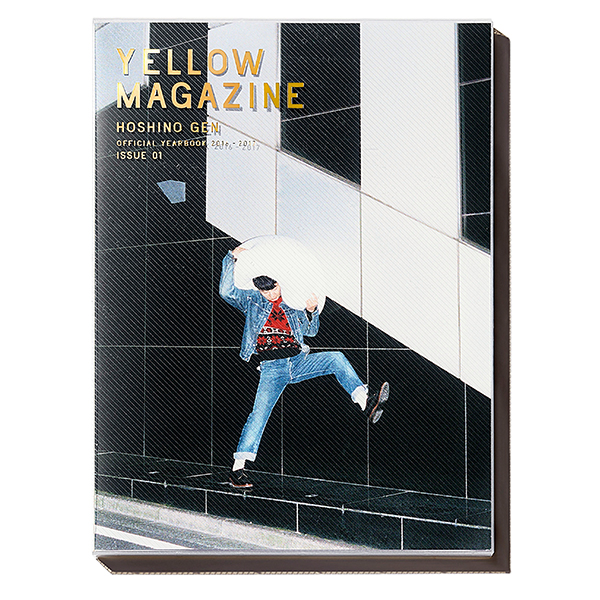 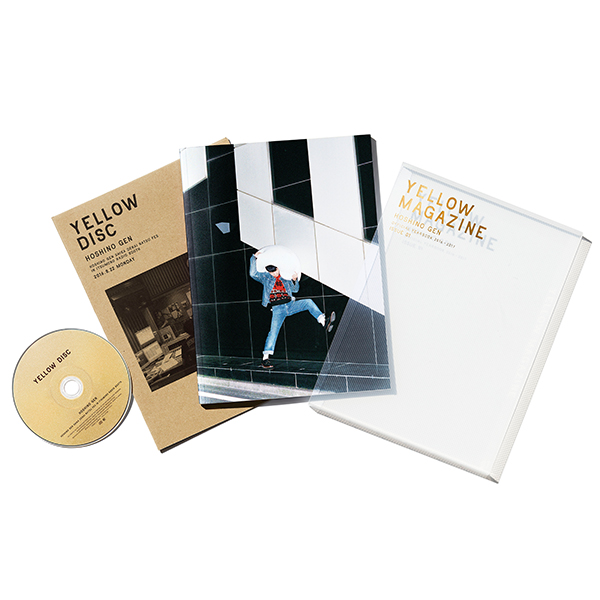 "YELLOW MAGAZINE" (YEARBOOK)
This is his first official yearbook that records all his musical activities for the past year.
Starting with a long interview in which Hoshino Gen fully speaks in his own words, a super-luxury three-way talk with Mr. Iseki Kosakai, who professes to be a fan of Hoshino Gen, and Mr. Tsutomu Sekine, also known as “Kosakin”.
In addition, a total of 128 pages, such as a photo story taken by [Hoshino Gen x Yoshiyuki Okuyama] that can only be seen in this book, a thorough commentary on all songs of the album "YELLOW DANCER", and comments from celebrities who know Hoshino Gen well. Over the years, this is a super gorgeous book that cuts out the year 2016 of musician Hoshino Gen from various angles.

“YELLOW PASS” (WEB service)
A web service available only to purchasers of "YELLOW MAGAZINE 2016-2017".
In addition to being able to apply for the fastest ticket advance (lottery) for Hoshino Gen 's live performance and to apply for watching TV programs, as a "bonus" on the site, you can enjoy limited content such as Hoshino Gen 's movies and photo galleries at irregular intervals. increase!
*The service is scheduled to start in February 2017.
*All the above implementations and updates are irregular.
*There is no service for feature phones. note that.
*Service is not guaranteed for those who purchased from overseas.
*The service is valid until March 16, 2018 (Friday).
[Inquiries about YELLOW PASS]
For inquiries about YELLOW PASS, such as registration details, please contact the dedicated window directly.
https://yp.hoshinogen.com/mob/pageShw.php?site=YP&cd=faq
A!SMART will not respond at all.